Amber Morgan (Rose McIver) is a journalist from New York who is sent to Aldovia to attend a press conference in hopes of getting gossip on whether Prince Richard (Ben Lamb) will refuse the throne in the wake of his father’s death. However, when the Prince doesn’t show up for the press conference, Amber is scared to go home without a story and ends up pretending to be Princess Emily’s (Honor Kneafsey) tutor.

It doesn’t take the smart Princess long to realise who Amber really is, however, she makes a pact not to reveal her identity as long as she reveals a story telling the truth about her brother which contradict the playboy image the media regularly portray him in. Of course a romance soon blossoms between the pair. However, with Amber pretending to be somebody she isn’t can they live happily ever after?

Another super cheesy Christmas Rom Com from Netflix (although this was originally released last year). Again, let’s not kid ourselves, the acting and story line are fairly weak BUT the magic of Christmas makes it totally acceptable. My biggest disappointment was that the Prince wasn’t very hot, like surely there are a million drop dead gorgeous actors who could take these parts? He was pretty mediocre. First world problems! Christmas is coming!!! 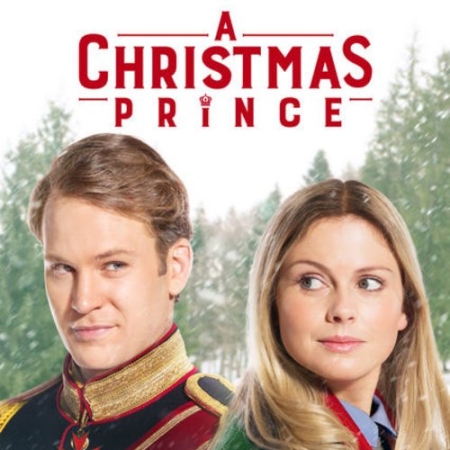 One thought on “A Christmas Prince”