I love Christmas; even though I disagree with putting your tree up and watching Christmas films before December. So of course I love a Christmas market. A few years ago my family and I went to Wynyard Hall’s Christmas market and loved it, so this year we thought we would try Beamish Hall.

We bought the tickets way back in July, and they were totally reasonable at only £4 each. However, I question whether there was a limit to the amount of tickets they were selling! There was a queue up the road to enter the grounds (although nothing compared to what it was when we left) and the car park was pretty full. Straight away we were nervous about how busy it was going to be inside. We had our tickets checked; very happy they could just scan off my phone and I didn’t need to print! And the lady kindly advised us that we could take a little short cut through to start at the “end” of the stalls.

It was SOOOO busy! You could barely actually look at what the stalls were selling because it was so crowded. From what I did see there was a good mixture of handmade jewellery, decorations, hats etc. but I couldn’t fully appreciate anything and I definitely wasn’t getting a good enough look to buy anything. There was about four rooms of what I would call knick-knacks; the stuff you would buy because it’s cute/festive then later think what did I waste my money on, then a separate marquee for food stalls. 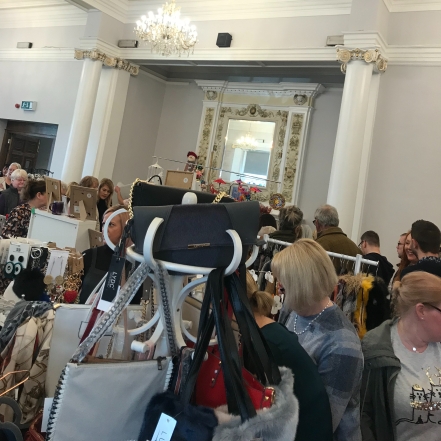 Not the busiest room but it gives you an idea

I can’t lie, the food stalls are the reason I enjoy Christmas markets. There are always samples galore; sausages, cheese, vodka, cake, curry. Well, there was sausages but the guy had ran out of samples, there was no cheese; shocking I know, there was gin but I’m not yet sold on gin, no cake samples and actually the curry was very good. I was so disappointed though. I am usually the person who comes home with packs of sausages I never eat because I was so sold on the samples! I did buy a really cool brownie though which is a ‘brownie bomb’ with a ferrero roche inside, I can’t wait to try it later.

I know I shouldn’t compare places, but I feel like Beamish Hall sets itself up to be compared to places like Wynyard, and although it was a few years ago I went, I would definitely go back to Wynyard but probably wouldn’t go back to Beamish Hall. Even just the little things, like, Wynyard had a cool marquee/tipi thing outside with fire pits, mulled wine and live music. Whereas, Beamish had food trucks like what you get at the fair on Shields beach. It just wasn’t as classy as I would’ve liked. And yes I know it was only £4 but I don’t think that Wynyard had cost much more!

Overall, it was just a little bit disappointing! If you have suggestions of other Christmas Fair options in the North East/Tyne and Wear area though, please let me know! 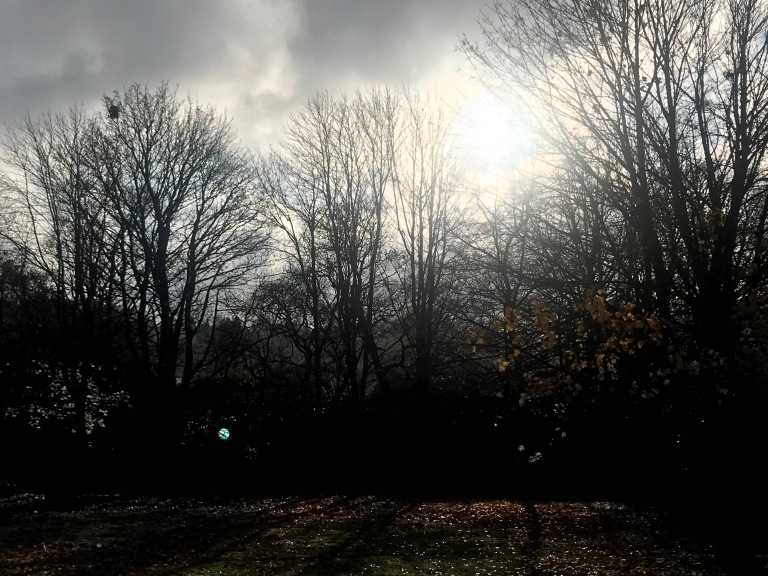