With a star studded cast and written by Gillian Flynn I had high hopes for Widows. It tells the story of four women in Chicago who have never met, nor do they have anything in common, except that their husbands were criminals who worked together. After a “job” goes badly the women are all widowed and left facing a debt to a local politician whom they stole from.

Veronica (Viola Davis) approaches the other wives after finding the plans for her husband Harry’s (Liam Neeson) next job. Linda (Michelle Rodriguez) and Alice (Elizabeth Debicki) both join her in an attempt to carry out the robbery. However, their enemies are never far behind them and they find themselves part of a dangerous world.

As I said I had very high hopes for this film and the overall premise/story was really good. But my God was it slow! I was so bored and this sort of film is usually right up my street. The acting was pretty good but I struggled to like any of the characters; they were all too flawed, and the pace of the movie and the direction was just bizarre; one scene was a view from the bonnet of a car as the characters had a conversation off camera inside of the car – STRANGE! I also felt like one of the side lines (the death of Veronica and Harry’s son) was a really important story that was just brushed over.

Such a short review but I don’t really have anything else to really say about it. I was unimpressed and it had the potential; and cast, to be so much better. 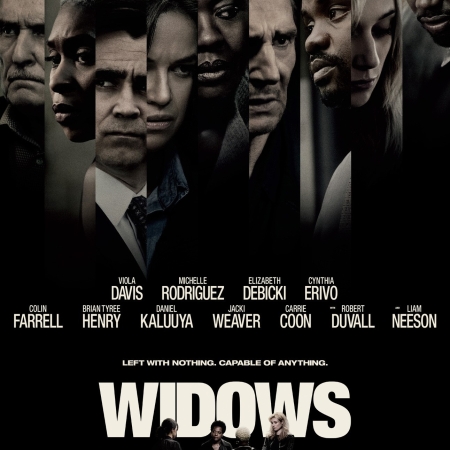