Miss Saigon is possibly my second all time favourite musical; after Wicked of course. I fell in love with all of the music back when I was 16/17 and was devastated when I found out that it wasn’t currently in production anywhere. So, when it was revived in 2014 in the West End I jumped at the chance to go and see it. As expected I loved it. Then just a few years later it closed and went on tour. Luckily, I had some insider knowledge and knew a few years ago it would be coming to Sunderland, so I waited patiently; it took a few years to actually materialise.

Before I get into my actual review let me have a little vent. Why have tickets for concerts and theatre gotten so ridiculously expensive?!?! I bought restricted view seats in the upper circle for opening night and they were still £30; and I had zero leg room and a big fat pillar in-between my legs! I think the premium tickets were £61 which doesn’t sound that bad until you consider that the theatre is supposed to be a family occasion and that means a family of four would cost almost £250!! Although I must say the show had sold pretty well so there are obviously people willing to pay it, I just think it’s disgusting.

Anyway, the show itself… Miss Saigon is a musical based on the opera Madame Butterfly and tells the unexpected love story of Kim; an innocent, 17 year old, Vietnamese war orphan who becomes a stripper in Dreamland so she can make a living, and Chris; an American GI who works for the embassy in Vietnam. They meet at Dreamland and Chris’ friend buys Kim for the night as a gift. However, he falls in love with her; it happens fast, and cannot bare to leave her working in Dreamland. He, therefore, plans to take her back to the USA with him. But, like all love stories, it is not plain sailing.

There is very minimal dialogue through the show, it is predominantly singing. Whilst I love that about the show, it maybe isn’t a great show to see if you’ve never been to a musical before as it can be quite hard to keep up. Although I am very familiar with the songs I found the diction quite difficult to understand at times; particularly from Kim, John and the Engineer in the first act. My friend who I went with said that she was managing to keep up with the story but wasn’t clear on many of the song lyrics.

Sooha Kim played Kim, she had an absolutely beautiful voice and portrayed both the vulnerable young girl and super protective adult Kim brilliantly, but her performance was heavily accented; whether intentionally or naturally I’m not sure, which made it sometimes difficult to understand her; particularly in the shouter parts of her vocal. Both Chris (Ashley Gilmour) and Ellen (Elena Martin) were portrayed brilliantly, although part of me was still disappointed they didn’t live up to their West End equivalents.

One thing that could never be disappointing with Miss Saigon is the strength and impact of the music. It truly has some of the most dramatic songs: I’d Give My Life For You, Movie In My Mind and the Morning of the Dragon, mixed with beautiful romantic music: Sun and Moon, Last Night of the World & The Ceremony. But I will say that I still get really distracted by the new lyrics! And I really miss Ellen’s old song Now That I’ve Seen Her, I just don’t think Maybe has the same impact.

I really love this show, but it’s definitely not fluffy like other musicals; Chitty Chitty Bang Bang, The Lion King, Mamma Mia etc. It is impactful and has a genuine story to tell. Like I said, I really love it, but if you’re not familiar with it, I would probably recommend listening to the soundtrack before you go so the story doesn’t get lost in translation; plus nobody will ever compare to Lea Salonga! 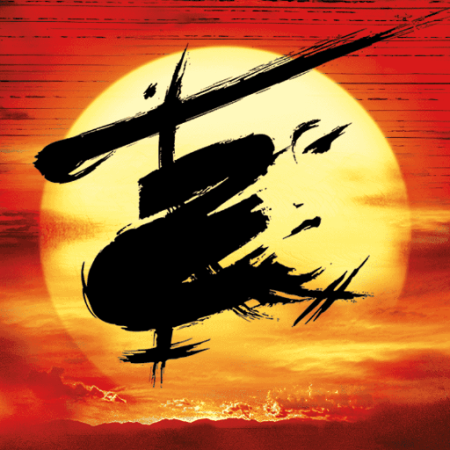