This book was a first for me, I listened to it using Audible. Similarly, to my hesitance to switch to an e-reader I was unsure how I would find listening to a book rather than reading it, but overall my experience was fairly positive.

Crazy Rich Asians focuses on numerous different characters and their lives being part of such a privileged family and society which has such a focus on wealth. Different characters within the book deal with their life in different ways. Although there are a lot of sub-plots within the story, the main story focuses around Nick Young and Rachel Chu. Nick is from one of Singapore’s wealthiest families but living in New York working as a college professor where he met Rachel Chu; who we the ‘common folk’ would class as normal.

When Nick invites Rachel to attend his best friend’s wedding in Singapore, the rumour mill starts as everybody tries to uncover who Rachel is. However, Rachel doesn’t know about how rich Nick’s family are, and Nick himself doesn’t seem to really understand either. It isn’t until Rachel is having dinner with her old college roommates family that she starts to get an insight into the world she is about to enter.

The whole book is filled with drama, back stabbing parents, friendships and romance. It also made me desperate to go to Asia and travel around that part of the globe; and also find myself a rich asian boyfriend so I can live that extravagantly luxurious life (only joking). Although the film is pretty different at times to the book (check out my review of the film here), I actually enjoyed the ending in the film more. So I’m hopeful that ending is part of the next book in the series! I’ll let you know how the next one goes. 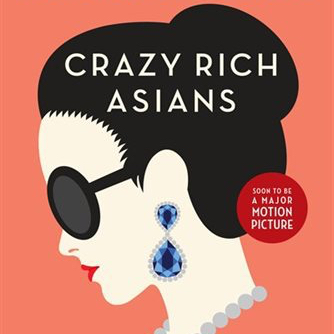