I have actually had a pretty good week! Here’s a little overview first-

Pit: Getting a bite on my leg which is really sore…

Film of the Week: Beauty and the Beast!!!

What I’m Reading: Glass Sword by Victoria Aveyard (I’m struggling with it)

Quote of the Week: ‘Finally my winter fat has gone, now I have Spring rolls’ – random quote online

I started my week with a super quick shift at work then headed to London for my monthly work meeting. First port of call was obviously to take a selfie and there was a super cool ‘goth-esque’ filter on snapchat which I’m pretty sure I rocked.

It helped that I was wearing the perfect shirt for the occasion! When I got on the train my friend Jenna was booked next to me so we had a great big catch up all the way down.

We were staying in the Thistle City Barbican which was sort of a typical average hotel but it did the trick! We had booked some cheap tickets to go and see Dreamgirls at the Savoy Theatre and we were running  a little late so we jumped in an uber and headed straight over there.

I was really impressed with the show. I had done my research and knew that Amber Riley wouldn’t be performing as Monday’s are her day off, but, a lot of people in the audience clearly didn’t realise and I felt like their was a bit of disappointment in the theatre. Karen Mav who played Effie as Amber’s understudy was phenomenal though. Overall, the entire show was great, the only criticism I had was that some of the song were difficult to understand as the diction wasn’t always great; specifically the songs in which Lorrell was getting feisty and angry. I would definitely recommend it though, especially if you can get £20 tickets like us.

This is Jenna she’s my London work wife 🙂

The following few days were a blur of work, uni and Grey’s Anatomy (I’m finally almost caught up and accepted Derek’s death and watched it even though I’ve been avoiding it for forever). I ate soooo bad, it’s not good. I’ve been out and about a lot and there’s been no food in the house. I’m a little bit gutted with myself because I was doing well after losing half a stone. I have this really bad thing though where I think…. ‘well I’m going to Texas on Wednesday I’ll have 2.5months when I get home to lose weight for Florida’… I really need to get myself sorted out. With a combination of asthma issues and long shifts at work I’ve struggled to get my exercise sessions in too which I definitely find helpful to eat good. 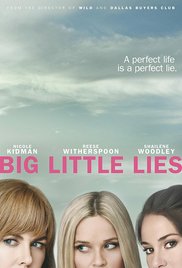 Saturday was the day I have been looking forward to forever! I had a 7 hour shift to get through and then my holiday began… 15 days off work!!!

I had an excited for my holiday selfie and everything

Typically I missed my metro though, so I had a quick stop at Boots to get some new powder as I literally didn’t have a speck left in my pot. Lucky for me! Boots had a free gift on 🙂 I love it when that happens so I got myself a little No.7 goodie bag. Finally got on the metro and headed down into Shields to check on the Next and Debenhams sales, typically got nothing.

Then it was the real moment I’ve been waiting for! Beauty and the Beast!!! 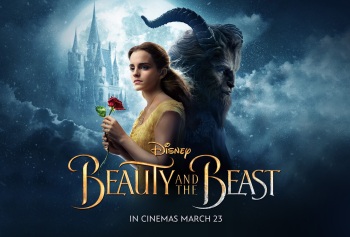 Even though the date on that image is clearly wrong… It was so good! It was the perfect balance between a replica of the original animated movie with enough additional bits to make it new. I cried! I’m not going to lie about it, when they all started turning into inanimate objects it was a lot! I just cannot rave about it enough, the casting was perfect. I LOVED the Harry Potter quote in Belle too! I will no doubt see it again while it’s still at the cinema because it was just amazing. I wasn’t too sure when they released the snippet of Emma Watson singing originally just because of the different phrasing and British accent but it worked. Dan Stephen’s brought a very mature musical sound to the film too and there were so many moments I felt like it was a more fun version of Les Miserable. Seriously, if you haven’t seen it you need to go! I haven’t heard a single bad review of it yet.

Then Sunday, the day of relaxation. Well, this week it definitely was. For the past year me & Laura have been saving spa vouchers through work and we decided to splurge them at Ramside Hall Spa in Durham by having a brunch and spa day.

We got there nice and early and requested to go straight in for our brunch as we didn’t want to have to come and sit in the restaurant when we were wet and in our dressing gowns. Brunch was lovely, we got a welcome smoothie, a fruit platter to share, then we opted for toast and I had eggs benedict with salmon and Laura had pancakes with bacon and syrup.

We then donned our costumes and dressing gowns to check out the facilities. It was amazing. There was a proper pool with a jacuzzi attached, a hydro pool, an outdoor pool, two different saunas and two different steam rooms. It was heaven. We even braved the outdoor pool; which considering it’s March and the North East of England that was a quite a feat!

My favourite was the hydro pool though, it had little benches to sit on and lots of buttons around to set the bubbles off in different areas and stuff. I literally turned in to a prune with my wrinkly skin.

I always enjoy a steam room too so I thoroughly enjoyed the aromatherapy room which was super menthol-y.

As part of the package that we booked (it was called Easy Like A Sunday Morning), we also got a 45 minute treatment included. We had the option of whether we wanted it to be a massage or a facial. My skin generally hates me so I opted for the massage and it was heaven. We basically got to have it personalised to how we would want it to which was lovely. Then after the bliss of a massage we went to the ‘sleep sanctuary’ which was basically massage beds and blankets to chill. I assume a lot of people genuinely fall asleep in there because it was amazing.

All in all, we spent about 6 hours at the spa, chatting and relaxing. I did wish I had taken my book with me though I must say.

Once home I continued with my plan of relaxation and whipped out a lush bath bomb to jump in the bath; I’m obsessed with them at the moment. I used Ups-A-Daisy which is one of the mother’s day specials. It turned my bath bright orange but I just love watching the fizz haha.

Like I said, all in all I had a really good week. And hopefully, next week will be even better since I’m jetting off back to Texas. Yeyyyy!!