Leaving England is emotional but fairly easy, getting in to the United States is difficult at the best of times and yesterday it was even worse for me! After 14.5 hours of travelling I was ready to just chill out with me friends when I arrived in Houston, but nope. 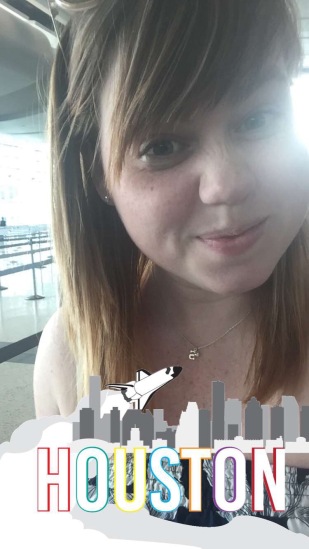 I think I got that one awkward immigration officer who was quite frankly mean to me! So first up; after queuing for 50minutes, she asked me where the second page of me DS2019 was (you know the page you don’t get sent because it has no interesting information on at all?) which I didn’t have so I was scolded – ‘if I can see this is page 1/2 I obviously need to see page 2/2 too that’s just common sense.’

Once she was over that she asked me where I was staying, since I was entering Houston at the time I gave her my friends address where I’m staying here to which her sarcastic response was ‘Well that’s not going to help me find you in a few weeks time’ so I replied ‘Oh ok, sorry, I’ll be in San Jose University for the majority of the summer.’ Nope, wrong answer! Apparently that is not where I’m going to be laying my head – except it is! Basically I had to empty every single piece of information I had with me so she believed it was true. In the end, I think she just wanted rid of me so let me through.

It was really stressful! Although it’s probably unusual anybody else would have a similar experience my advice is to just be confident, and if there is more information to resource about where you’re staying make sure you’ve definitely got it.

Once through though my friend Jen picked me up – and I have to admit from what I experienced between the airport and the car the humidity really is crazy – and after battling Houston rush hour traffic we went for some yummy food at P.F.Changs where we had sesame chicken, peppered steak and fried green beans (the only country in the world where deep frying green beans occurs I’m sure), then most importantly prickly pear mojitos which were just what I needed after 14 hours of travelling; although a little too sweet. 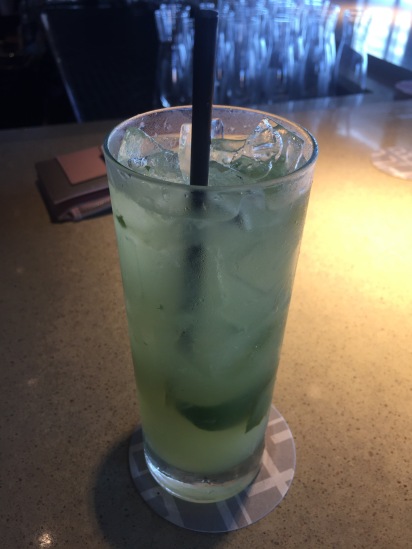 Then even sweeter when we actually got to Jen’s house her daughter Loni was super excited to take me to ‘my room’ (actually her big sisters room) because they had left me a little welcome pack on my bed. Like seriously just the cutest. An early night was definitely on the cards for me though so at 7.30 I climbed on in.

I’m so grateful I’ve got this week before camp to spend with my friends and get used to the time change (it’s only 2 hours difference between here and the UK opposed to 8 hours if I’d just went straight there). So the aim for the week is to just chill and probably eat because it’s Texas after all!