What feels like a hugely overdue weekend off work is finally here! I’ve got loads of plans to keep me busy though. Pretty sure I should just be a rich lady of leisure so this is always my life.

As recorded in my super random ‘New Hair Day‘ blog I spent Friday morning getting my hair all chopped off and darkened. This was the result –

I really love my hairdressers they let me do whatever I want to my hair, even if they have spent months getting it lighter and then I want it dark. Whoops!

I then headed to the MetroCentre with my momma to go do a little bit of shopping and grab some lunch. Lunch was first stop and we decided on Zizzi’s which is never a let down. We opted to share a garlic bread with mozzarella and onion chutney for starter and had pasta for main. However, I have never mastered the art of spaghetti and it was a little bit messy. I’m literally hopeless.

It was a pretty successful shopping trip though. I managed to get a top from h&m I have wanted for ages but they never have my size. I got an engagement present for my friend Kim who is getting married next year! And after a quick stop to refresh and Costa I finally found myself some artwork for my wall courtesy of Next.

However the best part of shopping was when I received a phone all from Iain (my Microsoft rep from work) to let me know I had won a holiday to MARBELLA!!! Okay, so I totally didn’t believe him at first as he’s Laura’s boyfriend and we had been talking about it the night before complaining we never win anything but then I got the proof!

Literally the happiest person! Although the fact that I currently have no information other than I’ve won it is stressing me out. However, I feel like I really deserved it as I had such a bad week I needed a pick me up!

I then ended the night with cheese on toast on the sofa with my Mam watching My Sister’s Keeper and crying my eyes out. I think sometimes you need to have a good cry!

On Saturday I started my day off right – breakfast, Grey’s Anatomy and kettlebells 💪🏻 (especially now I have another sneaky holiday to be skinny for)

Kettlebells was literally so hard I’m bright red and dripping with sweat but its okay because I’ll continue to burn calories for the next 72 hours; meaning my afternoon tea will barely count 🙈 haha!

Ooo afternoon tea was delicious, Wynyard Hall is definitely a recommendation for anybody wanting a nice afternoon out in a beautiful building. 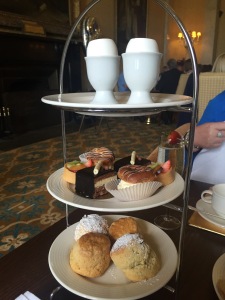 We had sandwiches, scones, cakes and a mango/passion fruit mousse. It was genuinely lovely. The staff were brilliant as well, so attentive checking if we were happy and if there was anything else they could get us. And a great excuse to get dressed up nicely!

Then after a hectic trip to Asda it’s home for a quiet night in to watch the Xfactor in my onesie (it is actually that cold at the start of September).

To end my Mam’s birthday celebrations she wanted to go to Cragside National Park for a day out. As much as I’m not a particularly big country bumpkin (I’ll pretty much always opt for a city instead) I was looking forward to a girly day out doing something different. After being stuck behind horses almost the entire journey off the A1 we got there and wow it was really beautiful.

It turns out there’s a little piece of history at Cragside as it was apparently the first house to be lit by electricity.

Although the house itself wasn’t really my cup of tea (Michelle and my Mam are much more into that sort of thing) I could appreciate the beauty from the outside. 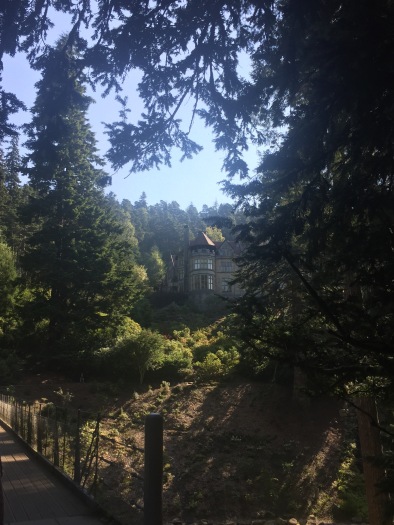 There’s plenty of places to play pooh sticks to too!

After a tour of the house we wandered over to the tea room for a spot of lunch which was expensive but lovely. I had a tuna jacket potato, Michelle had the soup which looked nice and my Mam had what was named a ‘Gardeners Lunch’ which she couldn’t stop exclaiming was lovely lol.

We then decided to go for a walk; although a member of staff actually advised us to just drive which I thought was a little strange. We walked up and over a very steep hill but stumbled across two really beautiful lakes. 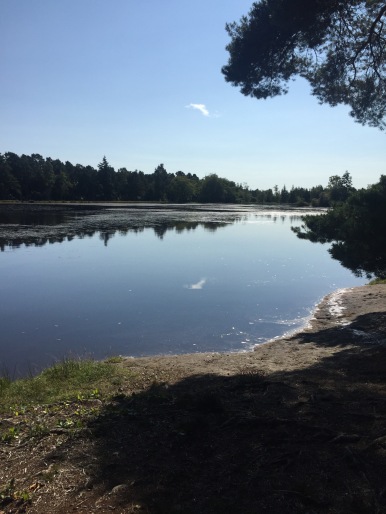 It was super scenic. And we even found some plants which were covered in butterflies (although me and Michelle are both scared of them) and I managed to get quite an artsy photo of one 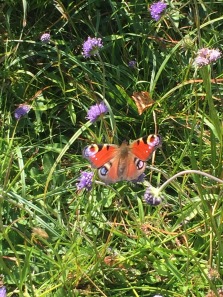 However, I did have two complaints – no. 1 my Mam promised me an ice cream when we got to the lake and there wasn’t even an ice cream man there, no. 2 it turns out that walking the day after kettle bells circuits is agony! I stumbled most of them way back opposed to walking and was very dramatic and noisy. Oops! 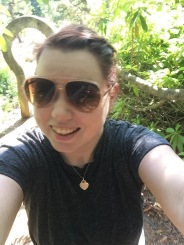 After a slow drive around the estate we headed home. Halfway home I decided we had best stop at Morpeth to get an ice cream. I can’t actually believe a day we planned to spend outside ended up being 20degrees! That never happens.

Then almost as if we were having too much luck, we pulled into a petrol station to fill up, and bam, our petrol cap is broken and we’ve had to drive home on fumes hoping we didn’t run out of petrol, so that is now my first job in the morning to call our hire company and tell them it needs fixed.

I plan to spend my last day off doing a little bit of work and relaxing (after kettlebells of course) then I’m going to meet Kim for a long overdue catch up tea!

For now though, I have Grey’s Anatomy to keep me company.

One thought on “My Weekend Off Work”